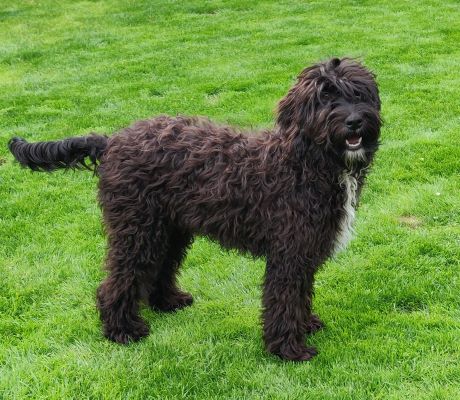 Moby was imported into the UK from Poland in June 2019 and has already made an impact on the barbet scene in the UK by being the first barbet to enter the show ring at Crufts.

Moby has already qualified for Crufts 2021 having been the reserve male in the A.V Gundog (Imp.) class.

Moby`s pedigree can be viewed by clicking Here 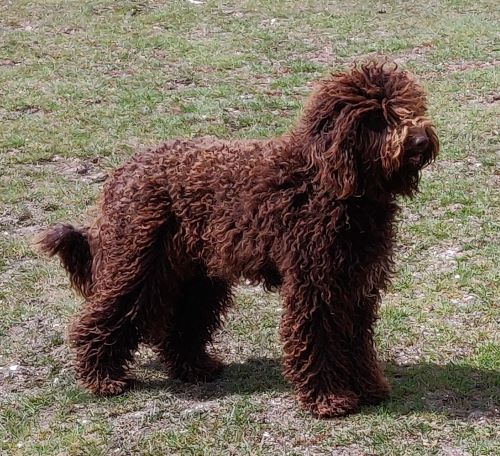 Born literally round the corner from where we live, Roobarb is a fourth generation UK barbet.

Roobarb has done well so far in her short career in the showring having won her class at Hampshire Gun Society show, and taking part at Crufts 2020 in the showring and at Discover Dogs on the Barbet stand.

Not just a pretty face, Roobarb shows great promise for gunwork being keen to learn and is a willing retriever and has a keen eye for the birds in the garden.

Roobarb passed her B.V.A Eye Test in December 2019 and will be having her hips and elbows scored at some point in 2020.

Named after the childrens cartoon series `Roobarb and Custard` rather than the plant, which explains the unorthodox spelling of her name. 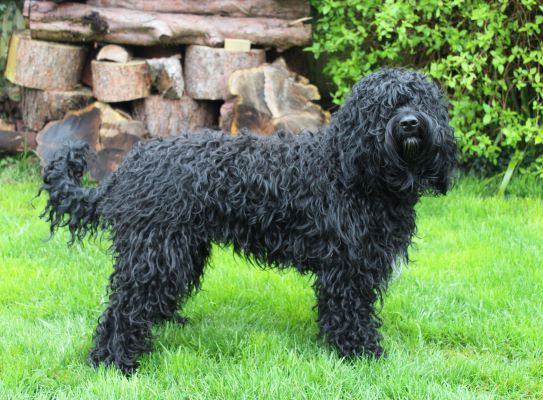 Snoop Dog (Novaforesta Lady Fern) comes from Martha`s first litter born in 2015 (see below). This litter was of personal interest as the pups were a combination of the two original lines brought into the UK in 2006.

Snoops`s pedigree can be viewed by clicking Here

Martha (Reeds Fowlings Alexia) was born in Holland on 14/08/2012 and was imported into the UK in December of that year. Again this was a litter whose progress was being monitored as Martha`s mother (Novaforesta Effie) was born in the UK and remained with us while waiting the extra weeks for her rabies vaccinations to be done before travelling to Holland. Effie proved to be an excellent pup, smart, easy to train and with an excellent temperament to match. While it is always very tempting to keep a pup from each litter, over time it becomes harder to keep collecting more and more dogs and to be part of an ongoing breeding program you need to keep expanding the gene pool available to you. When Effie was mated with Quaciendas Alex Gauche Unique and a female was available this seemed to be too good an opportunity to pass up on.

Martha is loved by all. She has always been a bit of a character and seems to make people smile whatever she does. Despite giving the appearance of being a bit of a diva at times, Martha is more than happy to give truth to the saying "as muddy as a barbet" and has passed the Test d`Aptitude Naturelle (Eau) the basic French test for retrievers in water.

Martha has passed `Confirmation` in France - where dogs over a year old are examined by an experienced French judge and certified as being good examples of the breed, and was graded as `Excellent` by two different judges over two days at a major show in France.

In September 2016 she won `Best of Breed` at an International Show in Le Touquet, France.

Martha`s pedigree can be viewed by clicking Here 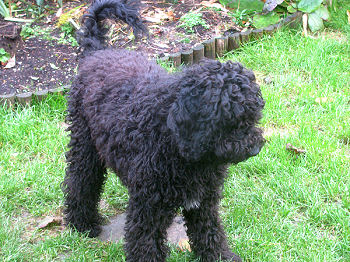 Hallie (Charamese Hermione) was bred in the UK by Julie McDougal and comes from a litter of 14. Born on 04/04/12, Hallie is the daughter of two dogs of our own breeding, her dam, Bonnie (Novaforesta Dora) and sire Eton (Novaforesta Eton) are both excellent examples of the breed and with a breeding coefficient of 8.57% over six generations, this was a litter that we obviously took a keen interest in.

Hallie has passed `Confirmation` in France - where dogs over a year old are examined by an experienced French judge and certified as being good examples of the breed. Hallie has since gone on to achieve amazing success in the showring in France and became a French Champion in 2014.

Not just a pretty face, Hallie has also passed the Test d`Aptitude Naturelle (Eau) the basic French test for retrievers in water.

Hallie has now been retired, having produced 2 wonderful litters in the UK. Hopefully some of these will go on to match their mother's success.

Hallie`s pedigree can be viewed by clicking Here